Demonetization and SME – I

Posted at 14:07h in Business by smbadmin 6 Comments
3 Likes

PM Modi’s announcement of demonetization of Rs.1000 and Rs.500, seems to have polarized the country – People who have black money against whom Modi is waging a war, and others who know how to make it white and are willing to offer their services. And virtually everyone is a financial and economic expert who has very strong view one way or another.

Before we try to discuss the impact for SME, it is necessary to try to understand this Demonetization exercise. Left wing intellect 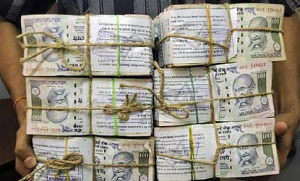 uals and Politicians cutting across party line trash the scheme. They are branded as black money holders. Right wingers think this is going to be the gate way of pure bliss. We believe, truth, as always, lies somewhere in between.

Typical “Short term pain, long term economic gain” cliché apart, if this exercise is successful, it will bring in some great advantages.

This does not mean people’s sufferings can be wished away. People are sufferings. There is possibility of loss of jobs in semi-cash operated SMEs. In this high decibel altercation that is going on, distinction between ill-earned wealth that is obtained by unlawful means and well-earned commercial wealth without paying taxes has blurred. Blurred so much that, now defunct currency note is assumed to be an illegal tender all along. Legitimate cash economy is totally forgotten. For those who support demonetization, everyone holding cash or against demonetization is a black marketer.

Who doesn’t know of at least one otherwise trustworthy businessman who doesn’t pay adequate taxes? Entire rural economy revolves around cash. Bottom of pyramid is poverty stricken daily wage earners. Micro and very small units deal exclusively in cash. They all support the move since they love to see the rich getting poorer, politicians turning in bed worrying, power corridors not knowing what to do with their stash… It won’t take long before reality strikes and something must be done before that for demonetization scheme to be successful. What is that “something” is not very clear.

A few objections to demonetization have merit while others are ridiculous and are bids to safeguard political constituency.

This government is obsessively serious about black money eradication. Reactions from political parties has made it next to impossible to have a more lenient approach. Former Finance Minister calls it “Demonization”. Every left-wing intellectual is predicting doomsday in their articles in famous magazines. Most of the magazines controlled by regional parties are passing social media altercations and conspiracy theories as confirmed news. Irresponsible statements are spoken by otherwise responsible politicians. It has turned into a war from a very strong financial measure. Ruling party cannot afford to lose this war. This has become an unintended all or nothing bet for BJP.

Lot of ground work has already been made. Government is actually in a position to take advantage of covered ground.

One can easily imagine a few follow up actions. We believe, there will be an IDS type scheme for real estate, gold and foreign assets. This will be followed by swift action under Benami Transactions Act and perhaps “Nationalisation of Foreign Assets”. This may be followed by easing out new high denomination bills with Rs.1000/- bills. Some tax sops are also likely.

Changing old currency to new currency illegally has become a national sport. Indiscretion prevails all over the place. Mules, Jan Dhan Accounts, Salary to staff and built in account balances (Fictitious Assets available in books inflated for the purpose of working capital loans) using salary accounts of employees etc are the methods used. With the amount of financial intelligence that will be gathered and with banks’ servers getting integrated with Income Tax real time, converting old unaccounted money to new unaccounted money at a deep discount of 30-40% is a bad idea. Why get back 60% of old money with risk of action from the departments, especially when the new currency is also likely to be phased out?

Politicians and bureaucrats may take this chance with stashed cash since they are also hit by Prevention of Corruption Act. At the very least they can use the cash if IDS on undeclared and benami property is introduced.

Cash held by SMEs is of different nature. This cash is actually unaccounted working capital. Risking it will hurt the entrepreneur, SME concerned, it’s employees and the nation. They should look at legal and/or less risky methods to salvage their working capital. Entire blog is to reiterate just this statement. This Government is very serious about unaccounted money and SME should not take undue risk which is neither in their interest nor in the interest of the nation. With reduced cash circulation and enhanced technology there is no way under the sun to stash cash. If it gets to bank it will be flagged in no time.

Good luck to SMEs and we wish they go clean this time. We will come out with part two of this series soon.