Musings on a musician – T.M.Krishna’s views and music

There was a T.M.Krishna’s carnatic music concert at Shringeri Mutt in Kripashankari Street West Mambalam less than a week before. In the one hour I was there, he sang Devamanohari (Muthuswamy Dikishitar’s Bharathi Maddishana) and Suddha Saveri (As of writing this blog, I don’t even remember what he sang. I think it is Thyagaraja’s Dharini Telisi Konti). Overall, his performance was so-so.

I listened to Krishna for the first time in 2003 or 2004. When I walked in to the auditorium, he just started the alapana in the raga Saveri. He went on to sing a Ragam Tanam Pallavi. What a Saveri it was! Music that creates profound impact are generally few and far in between. We listen to lot of music. It can be either good or bad or somewhere in between. They are objective analysis or even subjective opinion. But feeling ecstatic about a piece of music doesn’t always happen. He was able to create one. I think, I will take the memories of that Saveri to grave, God forbid, if I am not consumed by Alzheimer’s.

Between diamond ear stud, srichurnam clad Krishna and Magsaysay awardee neo left Krishna, whatever has happened? Has it impacted his music or listening public? He wants to challenge the status quo. Laudable as it is, why is he doing it? Is he challenging status quo to justify his position as a left leaning intellectual? This blog post is an attempt to understand.

A portion of what is written here is paraphrased from my posts in Facebook and Rasikas forum.

I have always thought Krishna to be a traditionalist. Post 2011 (?) Krishna has been vocal about many things and one of them is concert formats. Many hate Krishna’s concert format or lack of it. I am not a great fan of Ariyakkudi format, myself. In my view, it is this format that killed leisurely paced music (vishranthi) to templated fast pace. But, singing a niraval in Sankarabaranam Thillana makes one scratch his nose. Liberating or trying to change concert format is one thing while mutilating a sub-genre is another thing. Despite this, I have grown to just accept his music as it is. It used to be consistently good. Nowadays it oscillates between sublime and ridiculous, often in the same concert.

Even in the concert I attended, it was probably for the first time I heard Devamanohari and Suddha Saveri back to back. I half expected Aarabi next. All these are siblings with similar features of the same father Sankarabaranam. This may be good for a Lecture Demonstration, not for a concert.

Real maverick or living up to cultivated image? 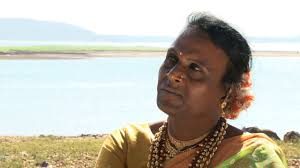 Regardless of intentions, his musical experiment with the Jogappas music is something I personally like and congratulate him for. I can’t think of Sanjay Subrahmanyam or someone else doing it.

Jogappas are a subaltern society of transgenders in North Karnataka. They are fairly well respected compared to other societies of people with gender fluidity. They are chosen by Goddess, “Yellamma”. It’s not their choice. They are considered to have supernatural healing power and fortune telling capabilities. Yet they do not have too many economic option. Community takes care of them with offerings on Fridays and Tuesdays in temples. That’s a sorry state to be in.

They have their own distinct music with accent on words and simple mid to fast paced rhythms. The words are in Marathi as well as Kannada, true to their location. Krishna has conceptualised the concert very well. Brisk and lively introduction of the Jogappa music, delineating their societal position with a lovely metered thanam in Sindhu Bhairavi (video), Mixing and matching both styles leading to a wonderful “Renuka Devi Samrakshitoham”, singing to each other’s rhythm, a thani avarthanam of sorts and finally, unfortunately, a cliché ridden, Eashwar Allah Tere naam…

Thanks to T.M. Krishna I read about Jogappas, reflected on the music of a community that’s penalised by the society for no fault of theirs. His journey has use, after all.

A song on Ennore creek waste land. This is set to excellent classical tune in six ragas and composed by violinist R.K.Sriram Kumar. Good classical tune that compares with good thukkadas (songs sung towards the end of a Carnatic music concert). However, is it capable of getting sung in carnatic music concert? Answer is in the negative, in my opinion. Krishna himself says these songs can be sung in concerts. He might do it one day. Foundations of South Indian classical music is devotion and romance – Bhakthi and Shringaram. If you remove them will it be Carnatic music? Has he really thought through what he was talking about? One can only guess.

T.M.Krishna’s much touted initiative is moving Carnatic music to temples. Cynics comment that it is his anger with Madras music sabhas that made him take this step. Cynicism apart, is it new? Has nobody else done it? Is it not where the art belongs, anyway? Why then, this is accorded so much importance?

T.M.Krishna wrote a book titled, “A Southern Music – The Karnatik Story”. I am absolutely okay with the present name, Carnatic music. He feels it sounds so colonial. His solution to decolonialise Carnatic music is to replace c with k. I get the same feeling when I read his articles in, where else, “The Hindu”. To me, he raises very valid questions. Very superficial and very loud. Stops there and goes no further. By the way, the right name could in fact, be Karnatic Music, in my opinion. Nothing colonial about it, though. Karnatakam means pazhamai, ancient. Karnataka Sangeetham means, ancient Music. Purely from transliteration perspective Carnatic music can be written as karnatic music. It is totally beside the point, but I couldn’t help myself. I will stick to ‘Carnatic Music’.

About the book itself, it sounded pedantic and philosophical gibberish to me.

Krishna’s pet peeve. Largely true and something needs to be done fast and done well. To do this one has to understand historical perspective and plan accordingly. Krishna wrote a book on south Indian classical music and he sure knows. Just that, he discounts everything that happened over centuries. Putting the gun in Sabha secretary’s temple or refusing to sing in Madras sabhas in December cannot bring in the solution. Let’s try to understand the progression.

Defining Characteristic of carnatic music is gamakam. To a question whether Carnatic music came from Karnataka, Seshagopalan, in a Lec-Dem once said to the effect carnatic music is indeed Tamil music. During later Pandya rule, when Thevaram pann was sung with gamakam for the first time, flute was able to follow it while yazh was unable to follow. This gave rise to invention of Veena in its present form, he said. This perspective is pretty reasonable since (according to Wikipedia) yazh was last mentioned in Periyapuranam (Circa 1250 CE).

This development gave rise to initial pithamagas of CM (circa 1550 CE) – Muthuthandavar and Purandaradasa. (Give or take five decades) Another two to three centuries passed before substantive development took place. It is not some coincidence major developments in the field of music world over have happened in the 18th century or late 17th century. Beethoven, Mozart, Bach, Marimutha Pillai, Arunachala Kavirayar, Gopalakrishna Barathi, Thyagaraja, Muthuswamy Dikshithar, Shyama Shastri, … Sitar and tabla got introduced in the 18th century.

Traditionally, custodians of South India music and dance have never been Brahmins. It is the community of Isai Vellarars who were the custodians of music. Prominent musicians and composers were never Brahmins. Majority of Azhwars and Nayanmars who sang Pann in pre gamakam era, touted Tamizh Moover  – Muththuthandavar, Mari muththapillai, Arunachala kavirayayar, Tanjavur Nalvar, Tiruvarur Ramaswamy Pillai, even Swati Tirunal Maharaja… the list goes on. Trinity centric compositions were meant for Bhajans and Namasankirthanam. Trinity compositions were not used in the concerts during their time or for about six or seven decades after their time. It is only after Namasakirthanam tradition merged with carnatic music, Brahmin composers started dominating because Bhajan style compositions started monopolising concerts. This is my take.

Thereafter, two major happenings affected CM and changed the topography of Indian Classical arts. (Devadasi Abolition Act and Zamindari Abolition Act) Social and economic compulsions made Zamindhars to reduce/abandon patronage to classical arts. This forced the migration of music from courts to sabhas and migration of musicians and dancers to cities. Second major happening was the upheaval against Devadasis and branding them as commercial sex workers. This was spearheaded by Muthulakshmi Reddy and supported by people like Sir C.P.Ramaswamy Iyer, as a precursor to Devadasi Abolition Act. Thiruvaiyaru and later commissioned the shrine where Thyagaraja aradhana is conducted every year) vehemently opposed the move since they considered themselves sophisticated, independent and artistic. They had a pretty good notion about the way they lived and had lot of self-respect. We tout the Scandinavian notion on social issues such as this today. That’s probably what we hand three centuries before.

Isai Vellalar men, the custodians of art, on the other hand wanted the system abolished. These five decades up to 1930 created existential crisis in the community which was mandated to be the torch bearers of classical art forms.

It is during this phase Padam and Javali centric south Indian art forms became Trinity Centric. Locational progression was from temple to courts to sabhas. Bhakthi and Sringaram used to be integral part of South Indian culture (even temples bear testimony to this) and Sringaram became a taboo. I am not competent to say whether it is right or wrong, but to me it is a tragedy.

“Civilised people learning music and dance” was a narative. This mean, the practitioners hither to were uncivilised. Dance was a bigger casualty.  Sadir became a bad word so much so it had to be rechristened as Bharathanatyam. It helped a lot for spreading the art thru sabhas and at the same time polarised it to be a Brahmin Art. Divided the integration between Music and Dance. In a way, they saved the art at the time of crisis, but failed to re-integrate it with the society to which it belongs. It is here, work needs to be done.

In the process, great art form that was enjoyed by the whole community even before 70-80 years became the monopoly of Brahmins. Got completely monopolised as late as 1975 or so. They were the saviors at the time of crisis. If anything, this is colonial impact. Not Carnatic music or karnatik music.

Post 2011 Krishna has a view on everything. On whether Sachin’s batting is art, that we don’t need Modi or Rahul (Don’t bother to find, who else), ideas don’t flow in conclaves conducted by main stream media, we sit in the back seat of a chauffer driven car because of the power we have, death penalty means death of the society… the list goes on.

A word of caution. Don’t search for these articles expecting something meaty or thought provoking. They are just the right questions, period. He has become a rallying point for some leftist groups. Why not, if this, the Hindu and his own high decibel questions can help him to get a Magsaysay and beyond.

Krishna wrote in one of his articles, “Artistes don’t stand for elections, don’t fight on the battlefield but we offer to everyone the very breath of life —happiness.”

We hope, he gives it to his fans for another thirty years.